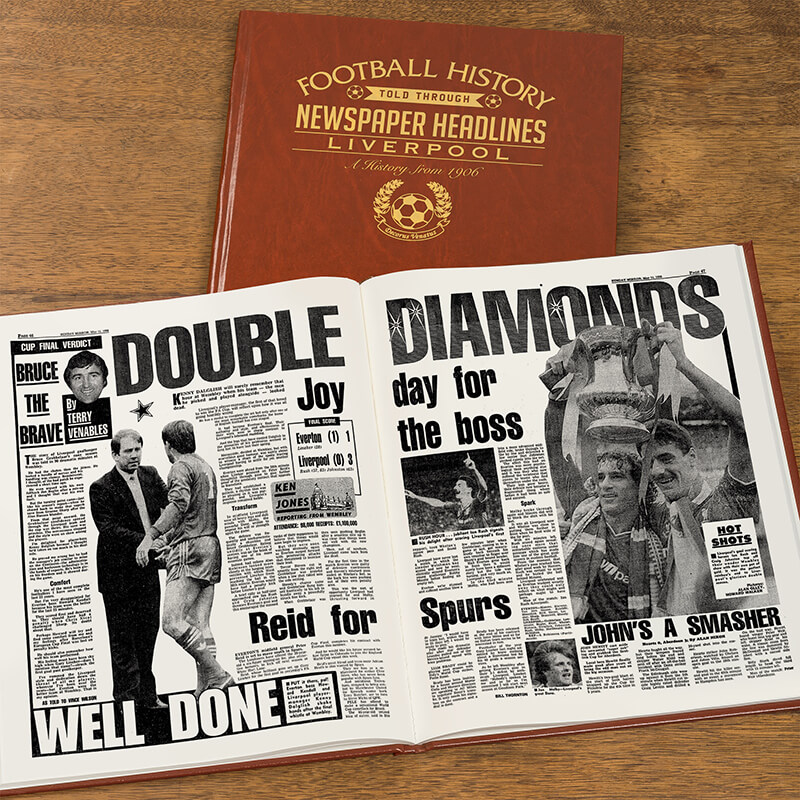 Personalised Liverpool Football Team History Book - This football book, which starts in 1906, follows the fortunes of England's most successful club of the 20th century. It's the perfect way to relive the Reds' glories. Where do you start trying, to sum up the mighty Reds?! Having won 18 league titles, seven FA Cups, seven League Cups, four European Cups, a Champions League and three UEFA Cups, squeezing all of Liverpool's accomplishments into one book is something of a challenge. Happily, this football book uses reprints of original newspaper reports to provide in-depth coverage of every single honour, bar the club's first league success in 1901. You can also look forward to the likes of legendary managers Bill Shankly and Bob Paisley, as well as Ian Rush, Kenny Dalglish, Alan Hansen and Steven Gerrard. All the articles are printed on luxury paper, individually cut, and bound in a hardback book. Some of the editions are available with colour print for coverage from 2006 onwards, with a minimum of 38% colour pages.